Besides the fact that there just isn’t anywhere for these cats to go – relocating cats is not only time consuming for people, but it is stressful and even dangerous for cats. And most importantly of all – it is a temporary and ineffective solution.
Cats bond very strongly to their territory, and removing them from that territory causes a lot of stress. In order to safely relocate a feral cat, they must be confined for a minimum of 4 weeks in their new home, otherwise they will run away. Because of the stress of relocating – trapping, confinding, and acclimating to the new area – relocation is a last resort option, implemented only when the cats’ lives are in grave danger. Relocation should only be done by trained or experienced individuals.
Cats populate an area because there is access to resources like food and shelter. Because of their territorial nature, cats will defend an area from other cats to protect those resources. When you remove a group of cats from an area, it just means that they are no longer there to prevent more cats from moving in. It isn’t uncommon for people to “run off” or remove a group of cats from their yard just to have an entirely new group move in a few weeks later! In contrast – spaying or neutering all of the cats in an area prevents population growth because no more kittens are born, and the existing cats continue to monitor and protect the territory from newcomers. It’s a win-win!

Why do the cats have to be returned? da Administrator
Social media & sharing icons powered by UltimatelySocial

Our vision is to reunite lost companion pets, reduce the stray population, offer opportunities for unwanted animals to be adopted or rescued and provide the public with information and programs for responsible pet ownership in Hamilton County Ohio. 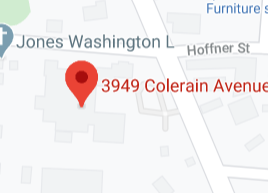 For Our Community & Our Animals